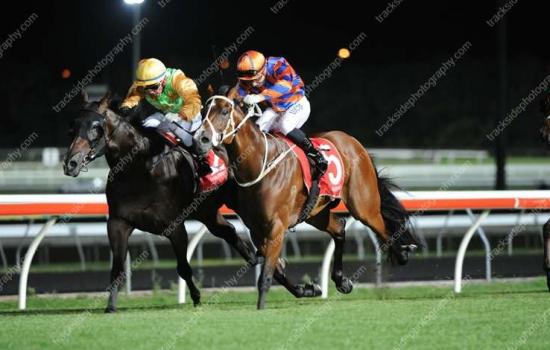 Promising three year old Hotel Coste recorded his first win from only his second start last Friday night, with a gutsy effort in the Three Year Old Maiden Handicap at the Sunshine Coast.

After an impressive debut performance, where he finished runner up, the Husson gelding was able to go one better, taking out the 1000m event in good time.

Jumping from barrier one, Hotel Coste reared as the gates opened but with his natural speed he was able to get a nice run trailing the leader. He peeled off his back in the straight and fought hard to win by a nose.

Purchased by trainer Bruce Hill for $40,000 at the Magic Millions sale as a yearling, Hotel Coste has now collected over $14,000 in just his two starts.