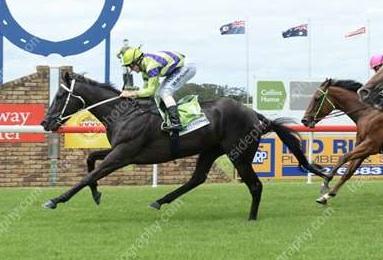 Stepping out over 1300m more the first time, the four year appreciated the rise in distance as he has just been just been struggling to run down the leaders in his most recent runs.  Given the task of jumping from barrier twelve in the field of thirteen, Laika Gordo was pushed forward by jockey Matthew McGuren and took up the position outside the leader.  He travelled well and kicked strongly in the straight to score by a length.

It was a deserved win for the son of Astronomer Royal, as he is yet to finish out of the money in all eight of his starts.  Purchased by trainer Bruce Hill from the Inglis Racehorse sale in Melbourne in August for just $9000, Laika Gordo has now collected just over $14,000 in his five starts since joining the stable.