RED ZORRO GETS HIS FIRST WIN ON THE BOARD 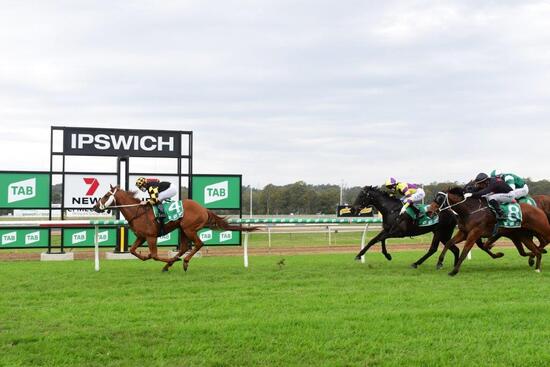 Red Zorro recorded his maiden victory in good style on Thursday by taking out the opening event over 1350m at Ipswich.

Confidently ridden by Travis Wolfgram, the son of Foxwedge jumped away beautifully from barrier 3 and travelled kindly as the other runners tried to slide up outside him.  Wolfgram was able to keep Red Zorro's mind on the job, which has proved difficult in the past and he kicked strongly in the straight to score by just under two lengths.

A quirky young galloper, Red Zorro conitnues to improve as he learns to do things properly and the win was a deserved reward for his pateint owners and the Grand Syndicates team.