ALATAR DEFIES THE PATTERN TO GO BACK TO BACK 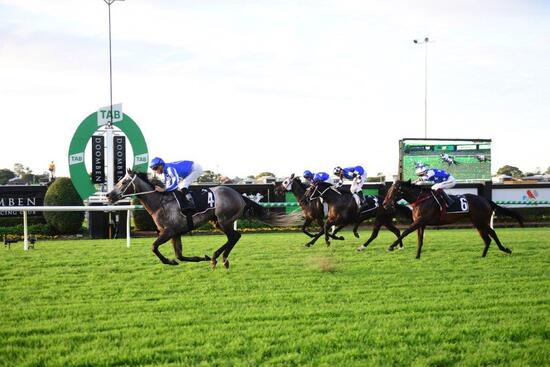 Promising galloper, Alatar made it back to back metropolitan wins on Wednesday with an impressive victory in the Class 2 Handicap over 1640m at Doomben.

Fresh off a barnstorming last to first win at Eagle Farm a fortnight earlier, the team were confident of a repeat performance but as the day went on the track was showing a strong bias to the on pace runners.  Under the guide of in-form jockey, Jag Guthmann-Chester, the four year old relaxed nicely towards the rear of the field as the leaders sped away.  Jag was able to get him out into the clear at the top of the straight and he proved too good for his rivals, letting down strongly to score by two lengths.

The son of All Too Hard joined the stable in March this year and has now recorded three wins from just six starts in his time with us.

He will head to Eagle Farm in two weeks where he'll step out over 1800m and he will then head home to Tradewings Farm for a well deserved break.