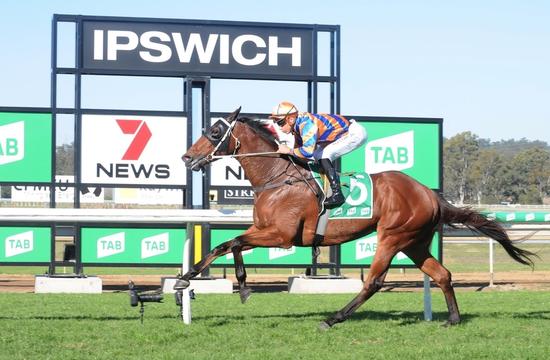 The team recorded their first win for the new season yesterday when the very promising, Skilord, scored an impressive four length victory in the TAB Maiden Handicap.

The son of Swiss Ace was having just his second race start and had the task ahead, as he jumped from the outside gate in the 1100m event.  Under the guidance of Jag Guthmann - Chester, the four year old jumped away on terms and was allowed to stride forward and take up a position outside the leader.  He travelled beautifully and when asked for an effort he found plenty and proved far too strong, puling away in the straight to score by just on four lengths.

Bred by Gerry Harvey at Westbury Stud, Skirlord was purchased at the Magic Millions National Yearling sale by trainer Bruce Hill.  Harvey retained a share, as did Hill and he is raced in partnership with long time stable supporters, Michael Buys, Danny Lesjak, Rick and Jenny Hunter, Daryl and Deb Pearce and Garry Jones.