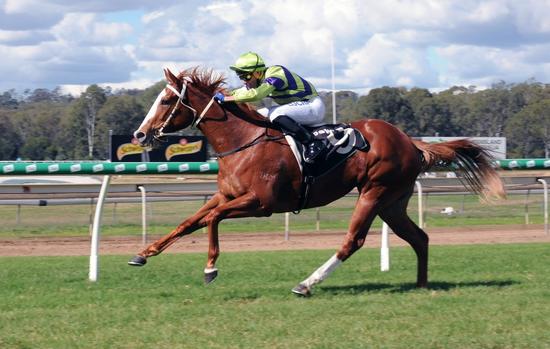 Two year old filly, Norm's Choice made a perfect start to her racing career on Friday, proving too quick for the older horses in the Maiden Handicap over 1020m at Ipswich.

Ridden by Matthew Palmer, Norm's Choice jumped on terms with the field but showed good speed to take up the lead.  She travelled beautifully in front and kicked strongly in the straight to score by one and a half lengths.

A half sister to Airlie Man and raced by the same connections, Norm's Choice continued the great run for her owners, Shane Haines Racing, Michael and Jane Murtagh, Steve & Lizzie Grittner and Norm Stanley.  Since joining the team midway through last year, all four of their horses have won first up and their winning strike rate currently sits at 40%.