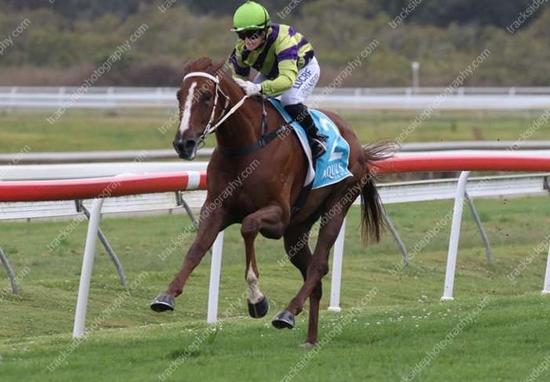 Up and coming stayer, Airlie Man recorded his second win this preparation by taking out the Class 2 Handicap over 1900m, at Ballina on Sunday.

Despite jumping away awkwardly, he was able to take up his favourite roll in the lead by jockey Rikki Palmer.  He travelled nicely and although it looked like he was momentarily headed in the straight, he fought back strongly to score by a length over the race favourite, Mother To Race Her.

A son of Excites, Airlie Man has now put two wins on the board in just four starts this campaign and gives every indication he'll get out over more ground.  He'll now head to Ipswich next start to contest the Class 3 Handicap over 2150m.