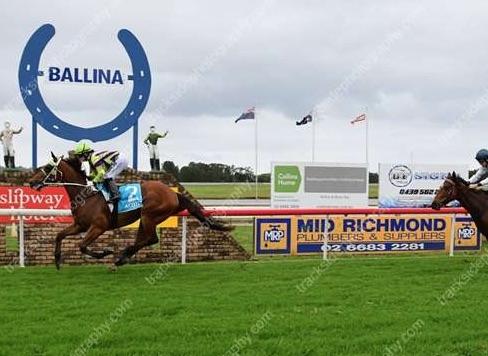 Big Arjay followed in the footsteps of his big brother Ecker Road, by remaining unbeaten this preparation, after scoring at Ballina on Sunday.

The three year old jumped away well in the Class 1 event and took up the lead.  When asked to quicken at the top of the straight by jockey Rikki Palmer, Big Arjay kicked strongly and proved too good for the rest of the field, pulling away to score by two and a half lengths.

It was number two from as many starts this preparation, for the Reward for Effort gelding and also brought up the second leg of a raceday treble for team Hill.