Big Arjay too good first up 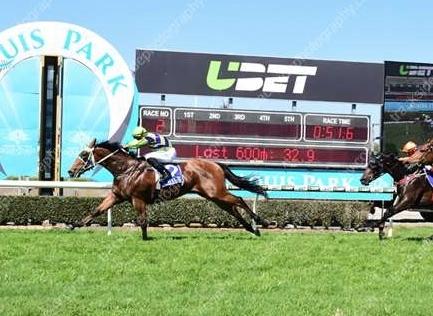 Promising three year old Big Arjay recorded an all the way win on Saturday, by taking out the Maiden Handicap over 900m at the Gold Coast.

Jumping from barrier one, he was driven to the lead by jockey Matthew Palmer and never looked in doubt.  He kicked strongly at the top of the straight and put a margin on them over the final stages, to score comfortably by just under two lengths.

A son of Reward for Effort, Big Arjay joined the Hill stable at the beginning of July and despite not having run a place in his first four starts, the form around him was solid.  He has continued to impress trainer Bruce Hill since his arrival and Hill is confident he'll go on to bigger and better things.