Taillevent takes out the Murwillumbah Newmarket 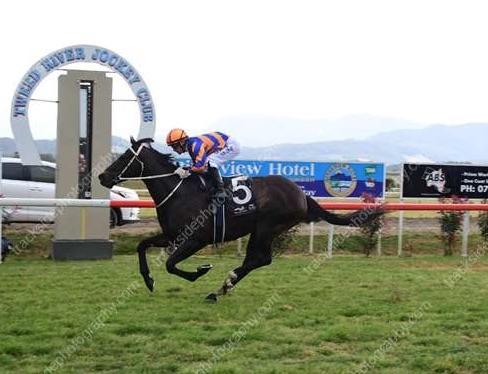 Talented galloper Taillevent, returned to his best form late last month when scoring an impressive win in the Newmarket Handicap at Murwillumbah.

After having a few attempts without success over the 1350m trip, trainer Bruce Hill elected to bring the gelding back to the 1200m course and the decision proved to be the right one.

Jumping from the outside barrier in the field of nine, Taillevent was taken back to the rear by jockey Mark Du Plessis. The gaps opened mid race and he was able to stride up through the field and once he was out in the clear he proved much too good, pulling away to score by a length and a half.

Bred by owners, Michael Buys and Robert Wills, it was win number five for the son of Haradasun and it took his total earnings to just over $286,000.

The win also bought up a raceday double for the Hill team, with Ecker Road winning earlier in the day.