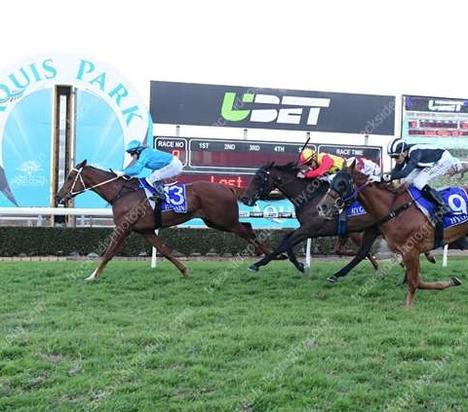 Recent stable acquisition, Airlie Man kicked off his preparation in perfect style by taking out the Class 1 Handicap over 1400m, at the Gold Coast on Saturday.

The Excites gelding joined the Bruce Hill stable in late June and has thrived in his new environment.  Sent out, the outsider in the eight horse field, Arlie Man was taken to the front off the wide draw by jockey Rikki Palmer.  He travelled nicely without being pressured and kicked strongly in the straight to hold off the challengers and score by three quarters of a length.

It was a terrific effort from the five year old who was first up over the 1400m trip, after only having the one trial. He’s a tall, big striding gelding and will be better suited once he gets up over more ground