Gun Bolt proves too strong on his home track 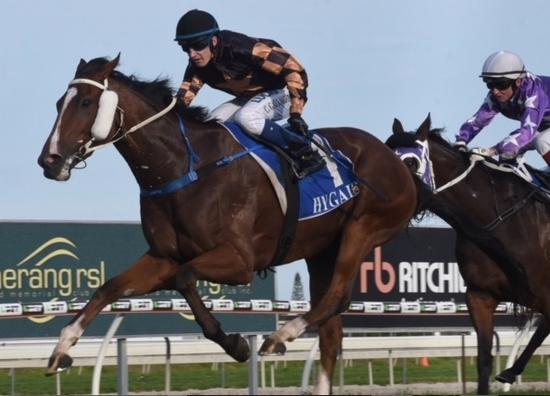 Promising three year old Gun Bolt returned to the winner's stall on Saturday, after scoring an impressive victory in the Class 1 Handicap over 1800m at the Gold Coast.

Given a copybook ride by apprentice Clayton Gallagher, Gun Bolt settled nicely in a midfield position on the rail.  As they approached the 600m mark, Gallagher knew he had to get the big striding Bullet Train gelding away from the rail and into the clear and he timed his run to perfection.  The gap presented itself and he let down let strongly in the straight and pulled away over the final 50m, to score easily by one and three quarter lengths.

Purchased for just $16,000 at the Magic Millions yearling sale, Gun Bolt has now collected over $31,000 from just nine race starts.  Trainer Bruce Hill believes there is still plenty of improvement in the three year old, as he's only starting to put it all together.  He now may now look at taking on the $80,00 Grafton Guineas next week.