Torpedo caps off a great day for the Hill stable 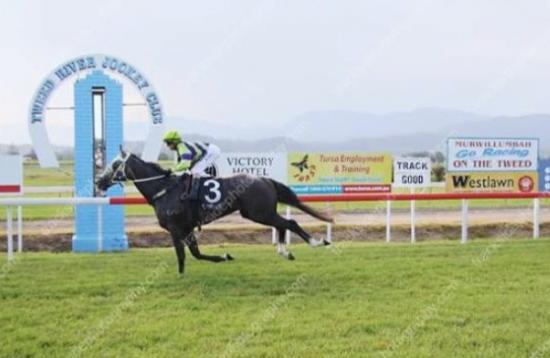 Torpedo broke through for his maiden victory on Melbourne Cup Day at Murwillumbah, providing stable apprentice Jag Guthmann-Chester with his first win for his master Bruce Hill.

Having just his twenty-seventh race ride, Guthmann-Chester had only previously had one ride for Hill, which funnily enough was Torpedo only three days prior to his win.  On that occasion, the seventeen year old rider gave him every hope at Beaudesert but the big grey gelding could only manage third place, as a nasty fall at the front of the field all but stopped him in his tracks.

His win was Guthmann-Chester's seventh and it provided Hill with a winning treble on the day, with Rabasco winning at the Gold Coast and Uno Five saluting at Doomben.