Uno Five off to a flying start for his new stable 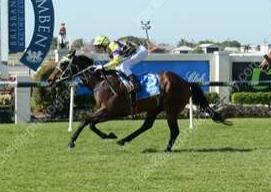 After joining the Hill stable only seven days prior, Uno Five bounced back to his best form to record a nice win in Ratings Band 0-70 Handicap over 2040m at Doomben last Tuesday.

Given a well judged ride by apprentice James Orman, the seven year old was allowed to settle in behind the leader, where he relaxed nicely.  He peeled to the outside at the top of the straight and proved too strong, pulling away to score by two lengths.

It was win number six for the gelding and provided trainer Bruce Hill with his second leg of a winning treble on Melbourne Cup Day.