Rabasco gets another win on the board 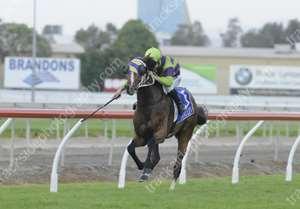 Rabasco continued on with his consistent form and provided his owners with a big thrill by winning on Melbourne Cup Day at the Gold Coast.

Ridden by his regular rider, Matthew McGuren, Rabasco wanted to over race in the early stages as their was no speed on in the 1800m event.  McGuren was happy to let him set his own pace out in front and he travelled nicely and kicked away in the straight, pulling away to score easily by two and a half lengths.

A son of Red Element, Rabasco is really starting to put it all together this time in, having recorded a win and two placings from his five starts this preparation.