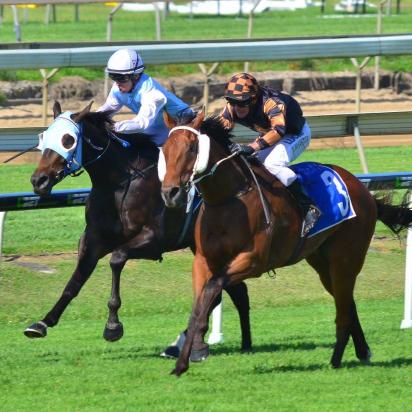 Talented youngster Man Of His Word showed his class on Saturday, with an impressive win in the QTIS Three Year Old Handicap over 1350m at Doomben.

Trainer Bruce Hill was confident of the Lope De Vega gelding's chances, as he was coming off the back of a freshen up after returning from a trip to Sydney, where he finished a tidy fifth behind Press Statement.  Hill has always had a high opinion of Man Of His Word and thought the trip away would do him the world of good as he was still doing a few things wrong in his races.  He was right, as the three year old settled nicely near the rear of the field and produced a good, strong finish down the middle of the straight to pull away and score by two and a half lengths.

Purchased at the Magic Millions June sale as a yearling, for the bargain price of $10,000, Man Of His Word has now collected over $75,000 in just his seven starts.