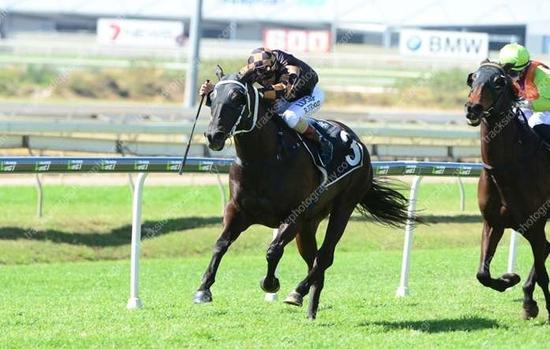 Consistant galloper Liberty Island saluted for his fifth career win in front of a packed Doomben crowd last Wednesday.  Unperturbed by the music and atmosphere of the annual 'Mekka Raceday' the six year old produced a solid performance to take out the Smirnoff Open Class 5 Handicap over 1650m.

Despite jumping from the outside alley, the six year old was able to cross and find the lead easily in the small six horse field.  He was pressured mid race but still travelled well and at the top of the straight he kicked away and fought strongly to hold out the fast finishing runner up Brocson.

Raced by Grand Syndicates, Liberty Island was purchased for just $16,000 at last year's Magic Millions tried racehorse sale.  He collected $12,800 for Wednesday's win and looks set to line up in this week's Murwillumbah Cup.