Amajill gets a home track win 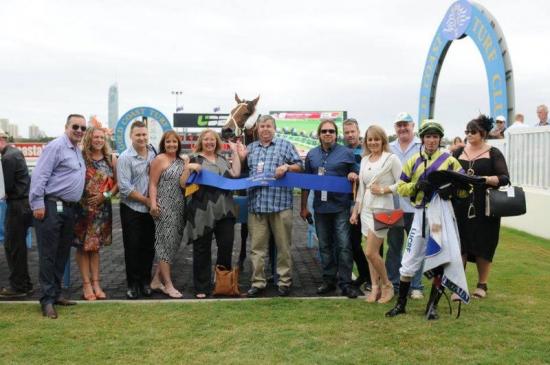 Consistent mare Amajill returned to the winner's stall on Saturday after a gutsy win in the Class 2 Handicap over 1400m at the Gold Coast.

With Scott Galloway aboard, Amajill settled towards the rear of the field and she looked to have a big job ahead of her as the leader set a very slow tempo.  Despite this, the four year produced her brilliant turn of foot in the straight to scorch down the outside and take out the event by half a length.

It was a deserved win for the daughter of Murtajill, who has now recorded three wins and twelve placings and has picked up just short of $60,000 for her connections.