Another city win for Casarati 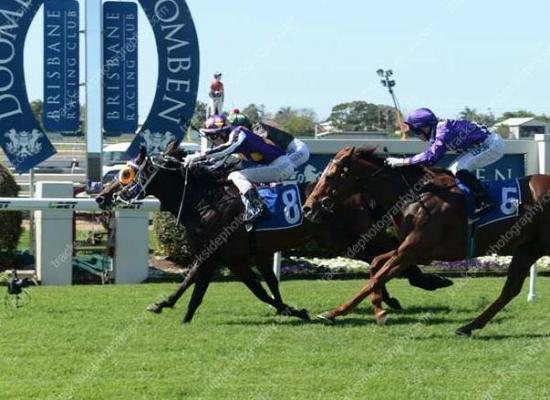 After a string of narrow placings, ultra consitent entire Casarati broke through for his second metropolitan win on Saturday, taking out the Open Handicap over 1640m at Doomben.

Aided by a very smart ride from apprentice James Orman, Casarati had to work a bit early from the outside barrier but enjoyed a nice run in second, as the leader set out at a strong tempo.  Orman just allowed Casarati to creep up slowly approaching the turn and he kicked strongly in the straight to run down the leader and hold out the fast finishing race favourite, Beatniks.

It was the fifth win for the son of Red Dazzler, who was purchased as a yearling for $17,000.  Standing at just 14.3 hands high, Casarati has done a wonderful job to collect over $216,000 for his connections.