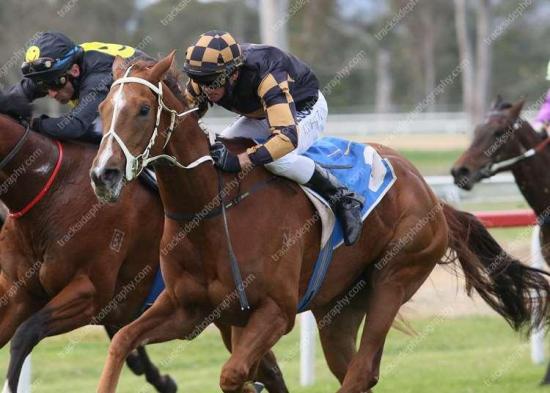 Honest filly Media Maid recorded her second win on Friday, with a solid victory in the Class One Handicap over 1200m at Beaudesert.

Ridden by Kelvin Wharton, the four year old jumped well from barrier five and settled into a lovely position just off the speed.  Approaching the turn, Wharton bought her to the outside and she proved too strong in the straight, pulling away to score by a neck.

A daughter of Publishing, Media Maid was purchased at the Magic Millions QTIS sale as a yearling for just $8,000.  She has now collected over $33,000 from her thirteen starts..