The girls bring up a stable quinella at Doomben 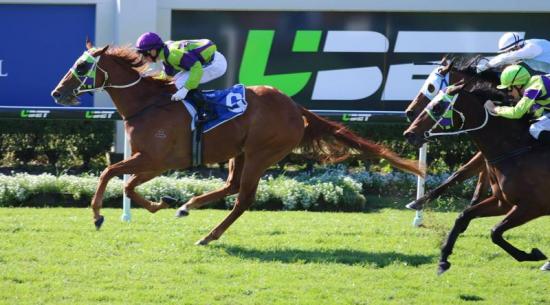 Talented mare Rosenet recorded her first Saturday metropolitan win over the weekend, by taking out the Fillies and Mares Class 6 Handicap at Doomben.

Jumping from barrier five in the field of eight, Rosenet looked as though she was going to be trapped wide in the early stages but jockey Paul Hammersley allowed her to stride forward and find a nice position outside the leader.  She travelled well and kicked strongly in the straight to hold out her fast finishing stablemate Kalandula.

It was win number six for the Hussonet mare and took her total prizemoney to just under $100,000.