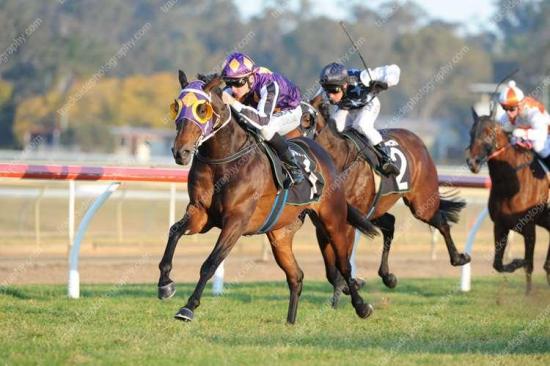 Casarati produced a gutsy performance on Friday, to take out the Class 4 Handicap over 1666m at Ipswich and set a new class record.

Carrying topweight of 59kg's, the pint sized entire was given a perfect ride by jockey Matthew McGuren. He settled just off the speed and travelled beautifully through out the run.  He made his move approaching the turn and let down well to score easily by three and half lengths.

A son of Red Dazzler, Casarati was purchased by Bruce Hill for just $17,000 as a yearling, at the Magic Millions QTIS sale.  He has now collected over $140,000 in prizemoney for his connections.