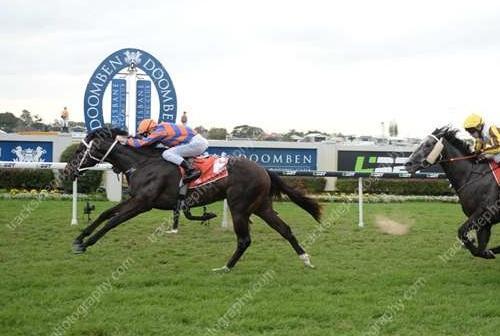 Taillevent recorded his second victory last Sunday, with a gutsy win in the Colts, Geldings and Entires Class 1 Handicap at Doomben.

Having his seventh race start, the Haradasun gelding has always showed good ability but both trainer Bruce Hill and regular Matthew McGuren have had to put in a lot of work to try and tame his racing manners.

Jumping from barrier six in the field on ten, Taillevent jumped away nicely but was held out three deep and wanted to over race.  Rather than fight him to gain a position, McGuren elected to let him roll along and it proved to be the winning move.  He was headed in the straight but fought on strongly to score by a neck.

He will line up again this Saturday at Doomben in the 1200m event for the three year olds.