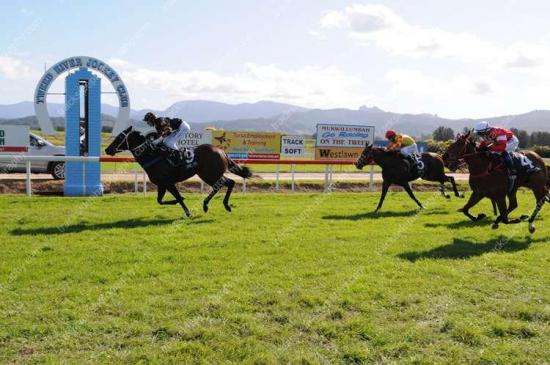 Lilly The Filly broke through for her first victory last Sunday with a strong win in the Fillies and Mares Maiden Handicap over 1010m at Murwillumbah.

The win was a great relief for her loyal owners and the Grand Syndicate team, as the mare was having her 21st start.

Before joining the Hill stable in April, Lilly The Filly was previously trained in Victoria.  Despite not having a win under her belt, she had always shown potential and had finished in the first four on eleven occasions.

With the win now on the board, the four year old will try to make it back to back victories as she takes the step up to Class One company this weekend.