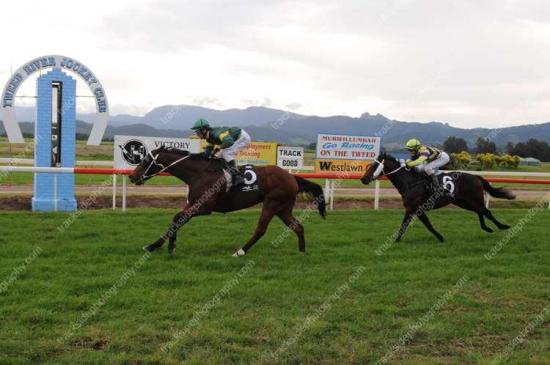 Handy stayer Vodnik returned to the winner's stall on Sunday, with an impressive win in the Murwillumbah Cup Prelude over 1800m.

Ridden by Glen Colless, Vodnik settled into his favourite position, towards the rear of the field, and he began to make his move around them approaching the 600m mark.  He rounded them in quickly and pulled away to score by two lengths over his stablemate Casarati, who finished in second place.

It was win number four for the lightly raced five year old and took his earnings to just over $78,000.

Trainer Bruce Hill will now consider heading towards next weeks Ipswich Cup with him.