Redsson gets first win on the board 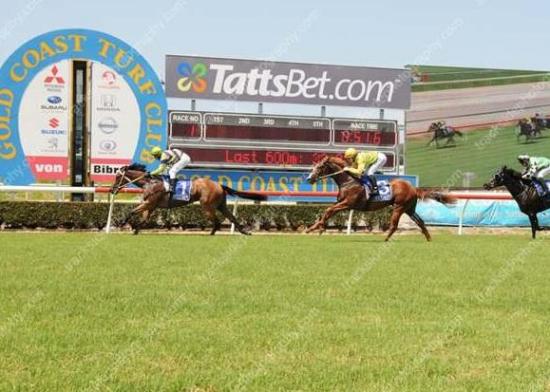 Promising youngster Redsson recorded his maiden victory on Saturday, with a comfortable win in the QTIS two year old Handicap at the Gold Coast.

Having only his second start, Redsson started a short price favourite in the event after finishing second to Wicked Intent back in October and then scoring an impressive five length trial win last Tuesday.

Ridden by Kelvin Wharton, the gelding jumped away well from barrier two and and lead all of the way to take out the 900m event by one and a half lengths.

Redsson, a son of Red Dazzler and Goodlookin' Gambler, was purchased at last year's Magic Millions sale in January for $25,000.  He has surpassed that in just his two starts, having collected $38,900, thanks to the QTIS bonuses.