Back to back wins for Vodnik 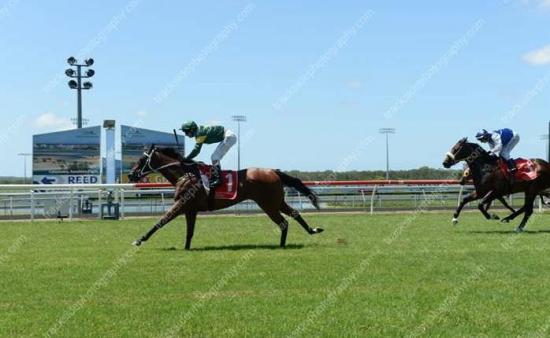 Vodnik continued his good form over the weekend with another dominant win, this time at the Sunshine Coast.

Carrying topweight of 59kg's in the Class 2 event over 2200m, Vodnik was set a big task in the field of seven.

The four year old went back to last from the outside barrier but the pace slackened and the leaders ran along at a very slow tempo.  Jockey Scott Galloway never panicked and let the gelding travel comfortably before making his run at the 700m point.  Despite the big weight, Vodnik proved much too good for the rest of the field and cleared away to score by three lengths.

Trainer Bruce Hill was thrilled with the performance and is considering backing him up at in the Benchmark 75 Handicap over 2200m at Doomben on Saturday.