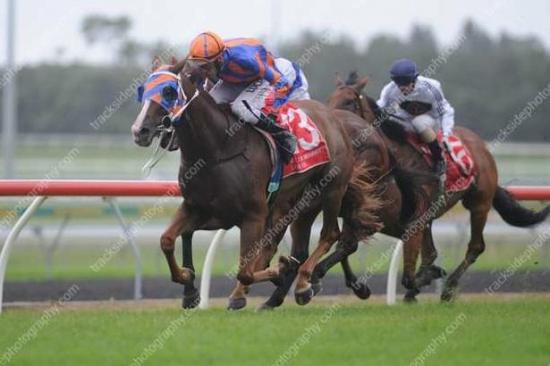 Talented galloper Bodega Negra recorded his forth career win yesterday, by taking out the Class 6 Plate over 1400m at the Sunshine Coast.

Jumping from barrier one, the four year old travelled beautifully in the run, with just three horses behind him.  With Glen Colless aboard he stayed close the fence and never went round another runner, he hit the front at the 300m mark and held on strongly to score by half a length.

Bodega Negra was purchased as a yearling, by trainer Bruce Hill, at the Magic Millions QTIS sale for $46,000.  He has now collected just under $180,000 for his connections.