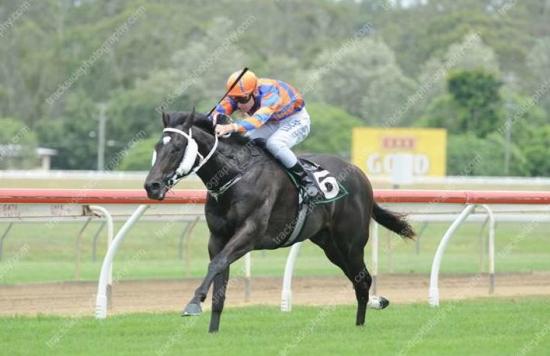 Talented youngster Taillevent recorded his first win last week, with an impressive three and a half length victory in the QTIS Maiden Plate, over 1100m at Ipswich.

Having only his third start, the Haradasun colt had been unplaced at his first two outings, but trainer Bruce Hill put that down to inexperience.  Hill was confident of a forward showing on Wednesday, as he'd shown ability on the track at home but was yet to put it all together on raceday.

He jumped well from the gates and raced up on the speed, apprentice Matthew McGuren led him slide forward approaching the turn and he was much too good for the rest of the field, pulling away to score easily.

The win was a special one for owners Michael Buys and Robert Willis as they bred Taillevent.  They raced his dam, stakes winner Dutchy's Lass, and also raced her sire Dutch Harry.