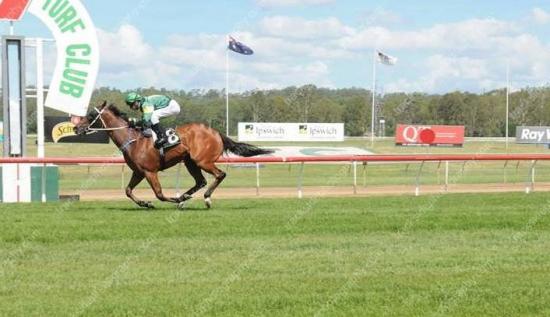 Vodnik recorded his first Queensland victory on Saturday with a dominant win in the Class Three Plate over 2150m at Ipswich.

Jumping from barrier seven in the field of nine, jockey Scott Galloway got the five year old into a lovely position on the rail with only a couple of horses trailing him.  He travelled well throughout the event and when Galloway started to make his move approaching the 600m mark, Vodnik proved much to good and cleared away to win by five lengths.

The former UK galloper was sent north to trainer Bruce Hill from the Chris Waller stable at Rosehill late last year.  Having just this third Queensland start, Hill was confident of the stayer's chances. He had finished a gallant forth at his previous start after being badly held up in the straight.