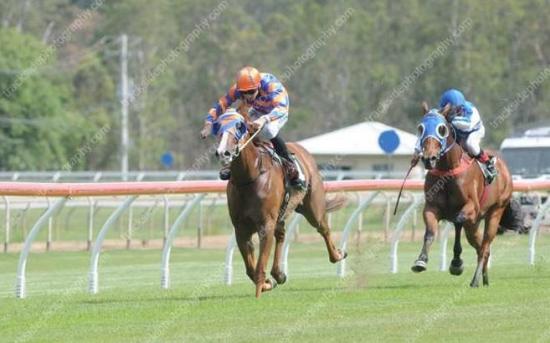 Bodega Negra bought up a metropolitan double for the Hill stable last week, with an impressive win in the Class Three for Colts and Geldings  over 1350m at Ipswich.

The Hidden Dragon gelding jumped away well from barrier four and apprentice Matthew McGuren was happy to let him run along in front.  He rated him perfectly and Bodega Negra was too strong in the straight, pulling away to score by three lengths.

Now a four year old, Bodega Negra had not won since October last year, but ran in some nice races against tough opposition last preparation, including the Group 3 Sunshine Guineas where he had no luck and finished a gallant forth.

He has now collected just short of $150,000 in his fifteen race starts and there looks to plenty more wins in store for him.