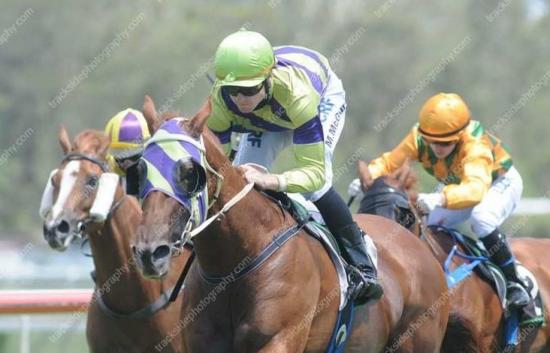 Talented mare Miss Husson scored an impressive first up victory last week, by taking out the Class Three event for Fillies and Mares over 1350m at Ipswich.

Having her sixteenth race start, Miss Husson has always showed plenty of ability, but has had more than her fair share of bad luck due to her pattern of racing.  The four year old possesses an amazing turn of foot when ridden back in the field and she showed that again last week.

Patiently ridden by Matthew McGuren, Miss Husson settled at the rear of the field.  He made his move approaching the turn and on  straightening the gap appeared and she burst through, pulling away to score easily by just under two lengths.

Purchased at the January Magic Millions sale in 2012, by trainer Bruce Hill for just $32,000, she has collected over $120,000 already.  She will  now head to the Fillies and Mares race at the Gold Coast on Magic Millions Day.