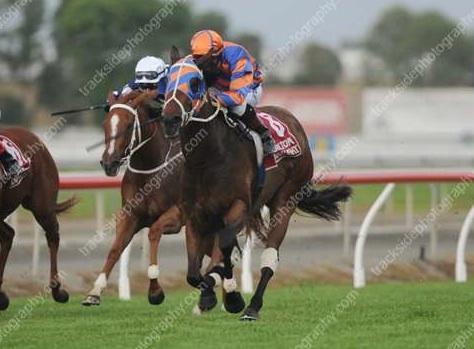 Jumping form barrier seven in the field of eight, Hakkasan ended up in the perfect position during the run, under the guidance of jockey Jim Byrne.  As the two leaders took off, she travelled just off them in third position.  She starting making ground on them approaching the turn and pulled away in the straight to score comfortably by two and a half lengths.

It was only the fifth start for the Hidden Dragon filly, who has now collected just under $50,000 in prizemoney.  She was purchased by trainer Bruce Hill, at last year's Magic Millions QTIS sale for the bargain price of $10,000.