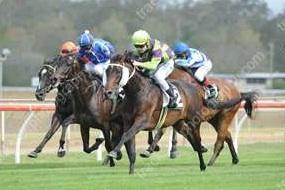 Casarati scored an easy midweek metropolitan victory at Ipswich, by taking out the Benchmark 75 Handicap over 1666m on Wednesday.

Given a well timed ride by apprentice Matthew McGuren, Casarati settled back last in the small field of five.  He made his run around them approaching the turn and hit the lead in the straight, pulling away to score by just under two lengths.

It was the third win for the four year old, who has yet to finish out of the placings this preparation.

Purchased by trainer Bruce Hill at the Magic Millions QTIS yearling sale for only $17,000, Casarati has now collected over $113,000 for his connections.