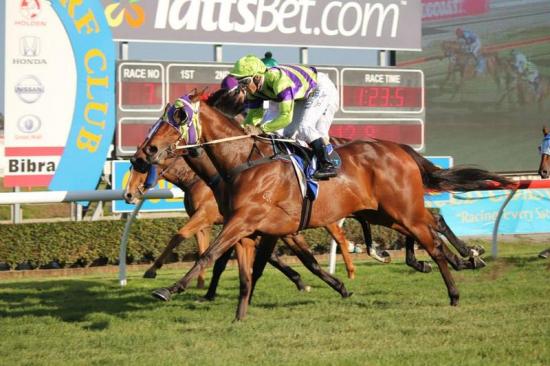 Promising mare Talon Lady produced an impressive performance on Saturday, to take out the Class 1 Handicap over 1400m at the Gold Coast and record her second career win.

Jumping from the outside barrier in the field of ten, Talon Lady settled back near the rear.  She made her move approaching the 600m mark and made a long sustained run around the field to chase down the leaders and score by half a length.

A late bloomer, Talon Lady remained unraced as a two year old and had her first start as a three year old in December last year.  She has continued to improve with each run and has now recorded two wins and two seconds from her last four starts.