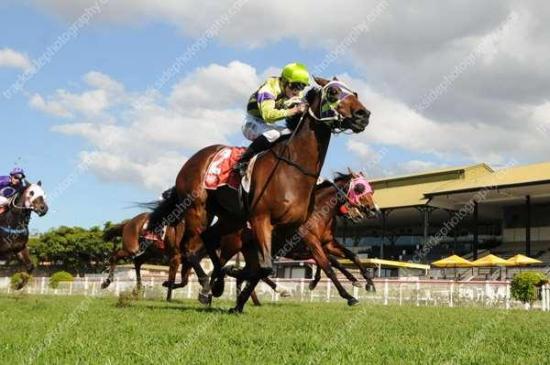 Lightly raced mare Kalandula made it three wins this preparation, with a solid victory in the Powerade Fillies and Mares Handicap at Eagle Farm on Wednesday.

Apprentice Matthew McGuren gave her a lovely ride, she settled well in the box seat and then proved too strong in the straight, pulling away to score by half a length.  It was only McGuren's second ride aboard the Commands mare and they hold a perfect record, as he had guided her to victory a month earlier at the Gold Coast.

Now a four year old, Kalandula has had the nine starts to date and has recorded four wins.  She has collected just under $50,000 so far and there looks to be more wins in store as she continues to improve with each run.