Isla Poppy brings up a double 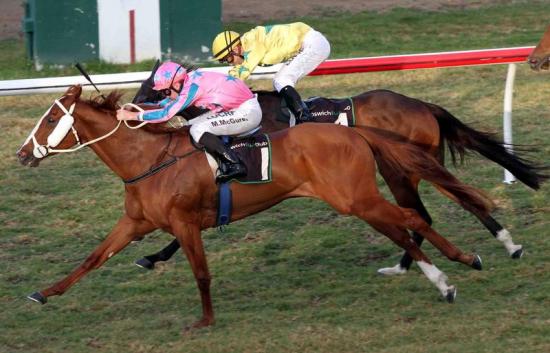 Isla Poppy scored a deserved win at Ipswich on Friday, bringing up a raceday double for trainer Bruce Hill and apprentice Matthew McGuren.

After having no luck at Ipswich a fortnight earlier over 1200m,  Isla Poppy was given her chance in Friday's 1350m event, and stormed home down the outside to record her second career win.  It was a solid effort for the Jet Spur mare, as she had to settle back last from the outside barrier and make her run around the field.

Now a four old year, Isla Poppy has collected over $41,000 in her thirteen starts to date and has finished in the money nine times.