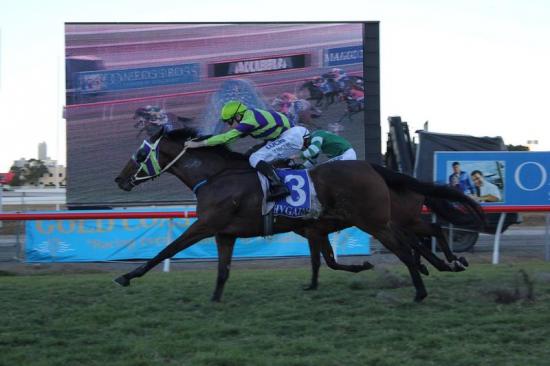 Talented filly Kalandula made it a home track double for Bruce Hill and apprentice Matthew McGuren on Saturday, with a solid victory in the QTIS three year old Class 2 Handicap.

Jumping from barrier four, the filly was given a lovely ride just in behind the speed and when she found clear running in the straight, she proved too good for the rest of the field, beating Riverbolda by half a length with the third placegetter a further two lengths away.

A daughter of the late sire Commands, Kalandula has now recorded three wins and two metropolitan placings from just her seven starts. She also provided a double for part owner Steve Foster who has a share in stablemate Mr Ahlberoni who was victorious earlier in the day.