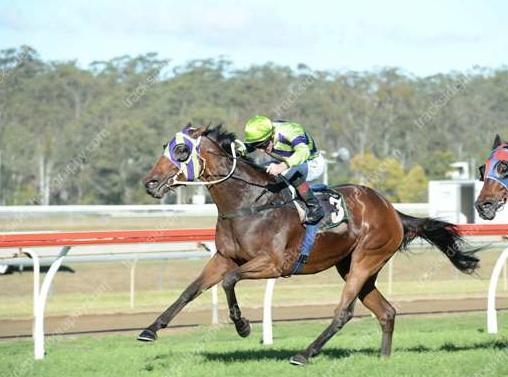 Kalandula kicked off her preparation in good style on Friday, with an easy win in the Delicious Equine Class 1 Handicap over 1100m at Ipswich.

Jumping from barrier two, Kalandula enjoyed a comfortable run throughout.  Jockey Jim Byrne had her settled in the box seat and waited for the run to come in the straight, when the gap appeared she burst through to score by one and a half lengths.

A daughter of champion sire Commands, Kalandula was purchased for $120,000 at the Magic Millions sale in January 2012.  She has always shown plenty of ability but trainer Bruce Hill was happy to take his time and not rush her and his patience is being rewarded.

She remained unraced as a two year old and has only had the five starts to date. She has now recorded two wins and two placings, and looks to have a very bright future ahead of her.