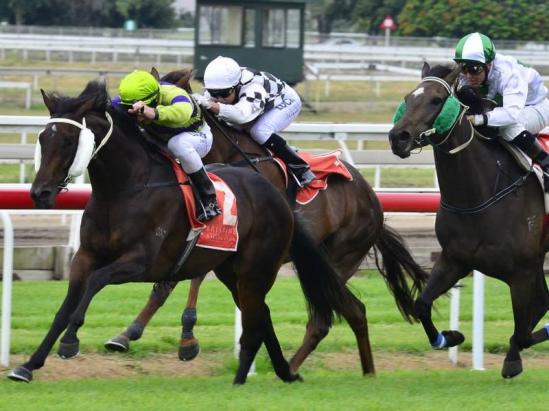 Trainer Bruce Hill has always had a high opinion of his little Red Dazzler colt Casarati and the three year old lived up to expectations on Saturday with a gutsy win in the Fujitsu General QTIS Handicap at Eagle Farm.

Hill paid just $17,000 for Casarati at the 2012 Magic Millions QTIS yearling sale.  Aside from being small in stature he was faultless and from the day he started galloping Hill knew he had a good horse on his hands.

His win on Saturday was strong.  He jumped from barrier nine and Jim Byrne had him positioned on the rail after only 300m.  The colt travelled beautifully and always looked as though he was going to run the 1800m out easily and that he did.  He was momentarily held up in the straight but took a narrow run between the eventual placegetters Solo Saga and Secret Harmony to win by a one and a half lengths.

The win was Casarati's third and took his total earnings to just over $92,000.