Rosenet bolts in at Ipswich 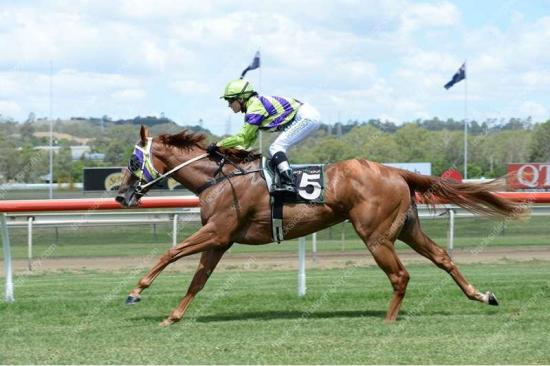 Classy filly Rosenet showcased her talent with an easy win in the Ipswich City Council Class 1 Handicap over 1025m on Friday.

Ridden by Tegan Harrison, Rosenet was allowed to roll forward and always looked to have the race in her grasp.  She pulled away in the straight to score by four lengths over runner up Irresistible Me.

The Hussonet filly has always showed ability.  She won her first race start earlier this year at Ipswich before being thrown into the deep end where she lined up against Zoustar in the Group 2 Sires Produce, she drew the outside barrier and had no luck.   She then struck wet tracks before heading to the paddock for a well-earned break.

As a three year old she has returned bigger and stronger and judging by Friday’s effort she looks to have a very bright future ahead.