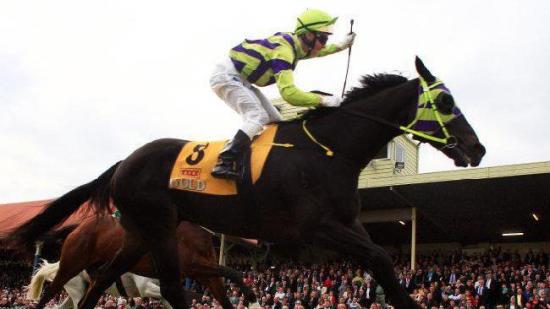 Warrior Within is enjoying life beyond racing after he was retired a little over a month ago.
The eight year old ran his last race on August 31 but has remained at the Ascot Lodge stables, his home since he was a two year old, as he is currently helping to educate the young horses.
Warrior Within had a wonderful career, which included ten wins and sixteen placings from seventy four starts and over $340,000 in prizemoney.  His biggest victory came in 2011 when he took out the Listed Grafton Cup.  He went back in 2012 and carrying an extra 5kgs finished a gallant third.
Many of his runs where in top company, he was placed in the Group 3 Chairman’s Cup as well as the Group 3 Tattersall’s Cup and twice in the Ipswich Cup.  He was victorious from 900m up to 2350m and on all surfaces, he took everything in his stride and is without a doubt one of the most versatile and toughest horses that his trainer Bruce Hill has been associated with.
It was a sad day for the team when his retirement was announced as he is loved by everyone but they are happy to still have him around the stable.  He will head to out to the paddock very soon for a well deserved break.