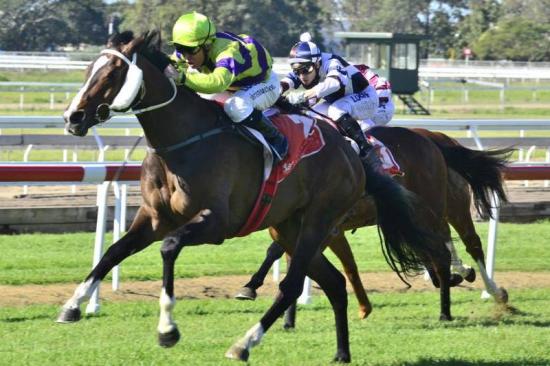 Ridden by Chris Munce, Teronado settled near the tail of the field and travelled comfortably before he made a move around them approaching the turn.  Once he was in the clear he stormed down the outside to score by three and a half lengths.

Purchased for only $45,000 at last year’s January Magic Millions sale, the son of Testa Rossa and Nassi Doll was originally passed in.  Syndicate manger Steve Foster, along with several of his friends were instantly drawn to the then striking colt.  Along with trainer Bruce Hill they approached breeder Gerry Harvey with an offer and the rest, as they say, is history.

Teronado is owned by fifty people, many of whom were at the sale that day, and in only five starts he has almost doubled his original price by collecting over $80,000.

Hill predicts a bright future for the Testa Rossa gelding and has even thrown in a nomination for the Caulfield Guineas in October.