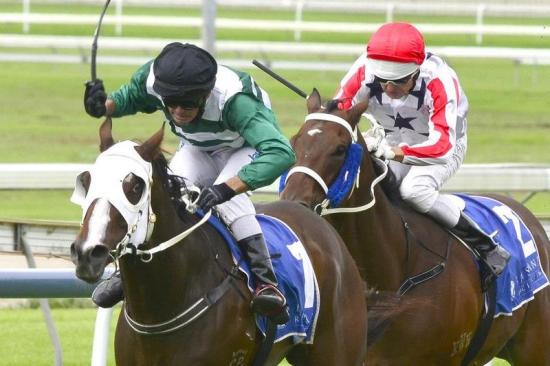 Consistent galloper Tapakeg made the step up from provincial grade by scoring his first metropolitan win in the Pine Valley Flower Class 6 Plate at Doomben on Saturday.

Jumping from barrier one Tapakeg was allowed to settle behind the leaders by rider Kelvin Wharton and he enjoyed a lovely trail on the fence before peeling out on the turn and hitting the lead.  Race favourite Caellum came with a late charge down the outside but was unable to run down Tapkeg who held on to score by a length.

It was a nice reward for the ultra consitent Falvelon gelding who has not finished out of the prizemoney since joining the Hill stable from Sydney late last year.

Trainer Bruce Hill was thrilled with the win and will now send the five year old to the paddock for a much deserved break.