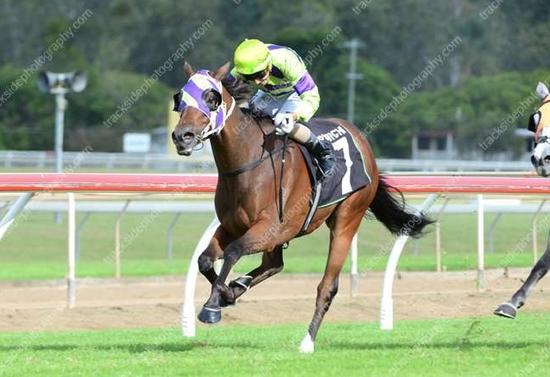 Toronto Flyer showed a nice return to form last week, with a win in the Class 1 Handicap over 1500m at Ipswich.

Having his seventeenth race start, the four year old had only managed to win the one race prior to last week, however trainer, Bruce Hill was confident that he was ready to win again.

The Rothesay gelding had been working well but just hadn't had things go his way in his previous few runs.  It all fell into place for him at Ipswich, with a nice bit of give in the track and a nice tempo, where he was able to lead for the majority of the event.  He kicked at the 600m mark, breaking away from the rest of the field and he fought strongly over the final 100m to hold off the fast finishing, Rose Of Woorim.

He will now head to Beaudesert on Anzac Day, to contest the Benchmark 62 Handicap over 1650m.