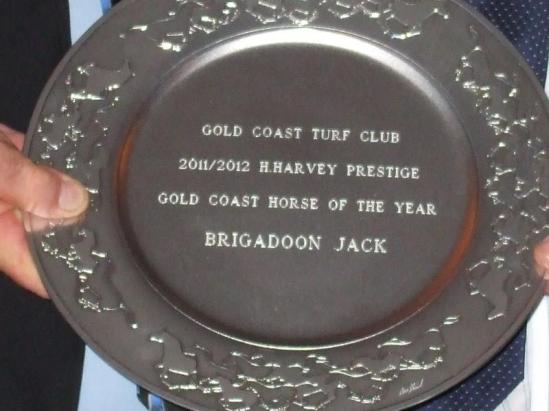 Brigadoon Jack was recognised for his home track success by being awarded the Harvey Prestige Gold Coast Horse of the Year Award.

The six year old was awarded Horse of the Month for both May and June and this resulted in him taking out the overall award.

During the months of May and June, Brigadoon Jack had four starts at the Gold Coast for four wins and this took his overall record on his home track to six wins and a close second from just seven starts.