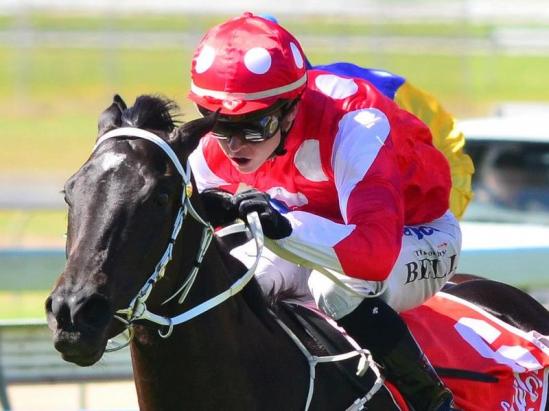 Promising filly Antarctic Dream recorded her third win from only eight starts on Saturday when she scored in the Makers Mark QTIS three year old Handicap at Doomben.

Jumping from barrier one, the Southern Image filly settled midfield on the fence and approaching the turn jockey Tim Bell allowed her to come away from the rail and make her run.  At the 100 metre mark she hit the front and was able to hold off the fast finishing Phantom Caller by a long neck.

Trainer Bruce Hill has always had a high opinion of the filly and was confident of her chances, "She's been very unlucky at her last few starts and with the inside alley and the step up to the mile I thought she had a great chance", he stated.

Bought for just $10,000 at last year's QTIS 600 sale, Antarctic Dream has been a great money spinner for her connections with Saturday's win taking her total prizemoney earnings to $97,000.