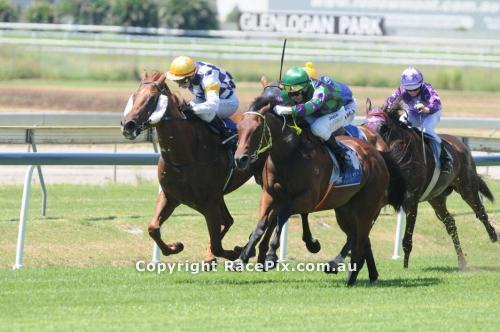 The latest acquisition to the Hill stable Contract Caterer made amends for his narrow last start defeat by taking out the Brisbane Screen Printing and Displays Open Handicap at Doomben on Saturday.

Ridden by Paul Hammersley the five year old gelding settled forth in the running and the solid tempo suited.  From there he made his run at the 600m mark and proved too good, setting a new class record to hold off Za Magic and race favourite Shamardashing.

It was Contract Caterer's first win in Australia.  Originally form Great Britain, he was bought over to race under top trainer Chris Waller and after having no luck in Sydney and the added fact of there not being many suitable races around for him, he was sent north.  Since arriving in Queensland Contract Caterer has added a win as  well as a second and third placing to his race record and $45,500 in just four starts.