The wins continue for Bilt Leica 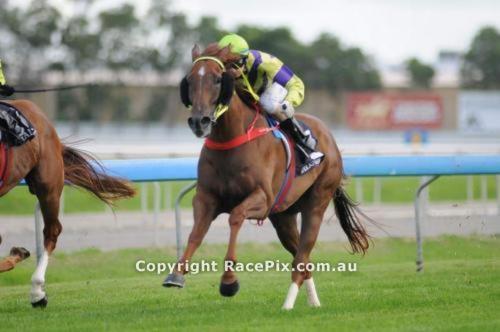 Honest galloper Bilt Leica made it three straight wins on Saturday by taking out the Henry Davis Class 2 Handicap at the Gold Coast.

Ridden by Northern Rivers apprentice Kirk Matheson, Bilt Leica was given the run of the race settling in behind the leader before hitting the lead in the straight and beating off Staked Emotion by half a length, with race favourite Politely a further three lengths away in third.