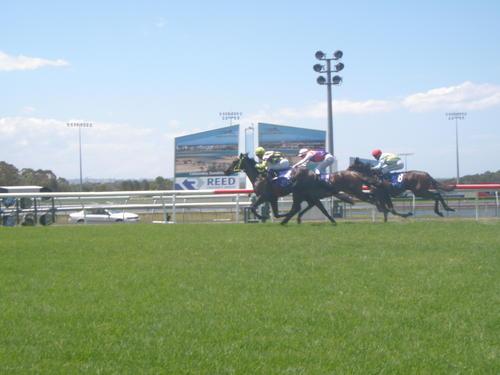 Antarctic Dream kicked off her racing career in good style yesterday by taking out the QTIS 2 year old Maiden Handicap at the Sunshine Coast.

A $10,000 purchase at the Magic Millions QTIS 600 sale at the Gold Coast in April, the Southern Image filly has always shown natural ability and trainer Bruce Hill was more than happy to put her into a race without having an official barrier trial.

"Both her jump outs her really good and I went there reasonably confident that she'd acquit herself well.  She's such a nice little filly with a nice pedigree that isn't really known in Queensland." said Hill.

Jockey Paul Hammersley was very impressed by her, "She jumped well but from there she did a lot wrong and still ran a really good race, there's plenty of improvement in her", he stated.